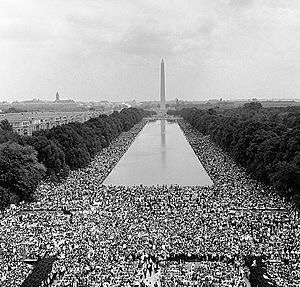 Our lives are influenced by passionate, determined people who overcome all obstacles to reach a goal. This week, we honored Rev. Martin Luther King, Jr. for his inspiration, courage and leadership.  He never gave up hope, encouraging others to do the same as they marched together for civil rights and equality.

Malala is the remarkable Pakistani girl who advocated for female education in her Taliban controlled country. Her heroic efforts, including being shot by the Taliban when she was 15, led to the ratification of Pakistan’s first Right to Education Bill.  She is the youngest recipient of the Nobel Peace Prize “for her struggle against the suppression of children and young people and for the right of all children to education.”

Hidden Figures is a book and movie about the untold story of extraordinary women at NASA, master-minds who helped launch John Glenn into orbit.  Their analytical ability was incredible, but the true super-human feat was overcoming obstacles they faced as Afro-American women during an era of racial discrimination and segregation.

All of these examples demonstrate the power of people coming together for change. Our world is full of challenges and controversy.  We’re at a critical point in the on-going struggle for equality.  On Saturday, we will raise our voices, stand united and march for all Human Rights1 while also honoring those who paved the way to activism.

2 thoughts on “Power of People”